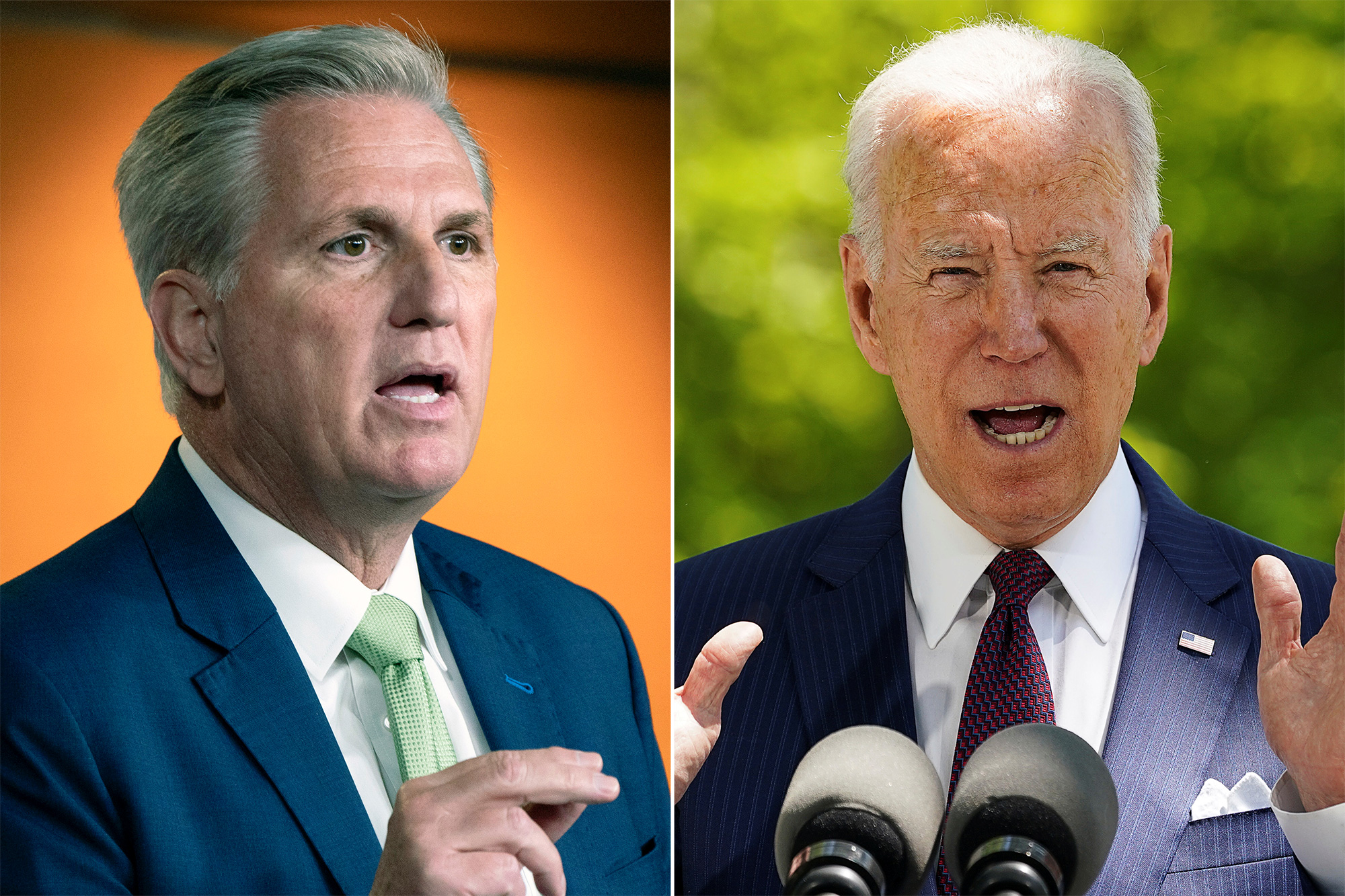 Rep. Kevin McCarthy, the Republican leader in the House, blasted President Biden’s $2 trillion infrastructure plan as out-of-control spending on Democratic priorities that would hit most Americans in the wallet.

McCarthy, of California, told host John Catsimatidis on his radio show on WABC 970 AM that there’s no “need to spend these trillions of dollars” on the package.

“The real challenge is in these great big bills there’s just waste, fraud, abuse, but more importantly corruption,” McCarthy said in the interview that aired Sunday.

Along with traditional infrastructure projects like repairing roads and bridges, Biden’s two-part package would include funding to expand broadband, revamp water lines, invest in electric vehicles and boost care for children and the elderly.

The president plans to raise the corporate tax rate to 28 percent from 21 percent and raise taxes on Americans making $400,000 or more a year to pay for it.

McCarthy called Biden’s claim that most Americans won’t see a hike in their taxes a “lie.”

“When the president talks about not raising taxes on people under $400,000, that’s a lie. Every day you watch the inflation that he is creating. This is the Biden Tax,” he said.

He also said only a fraction of Biden’s plan addresses infrastructure projects, noting the spending on electric cars will cost Americans more in the long run.

“Less than three percent of America have an electric car, but they want the government to subsidize it,” he said. “And what they will do is raise the utility costs, a tax on all Americans.”

Republicans have introduced their own pared-down $568 billion infrastructure plan that leaves out provisions in Biden’s plan that address care for the disabled and climate change.

Amid the negotiations over the spending plan, Biden will host Republicans, including Senate Minority Leader Mitch McConnell, and supporters of the GOP infrastructure plan, at the White House this week.